#SquadSays: These Florists Will Inspire Your Next DIY Floral Arrangement

On the morning of journalist Rachel Syme’s 36th birthday, a pivotal day in your 30s, she took to Twitter to ask: “I feel like 33-38 is a really tough age for a lot of women I know; feels like so many big decisions and future plans have to be squeezed into this lil window; just me?

“It’s not just a baby decision which, yes, is huge in those years and looms over everything. It feels like all my friends this year are doing this huge re-evaluation of everything. It’s a time of lurches and swerves.”

It turned out, that no, it was not just her.

Instead, she had touched a nerve and was sent an avalanche of shared experiences and advice by a squad of strangers from around the world who understood exactly how she felt. There were hundreds of responses, just under 1,000 retweets and 9,000 likes. 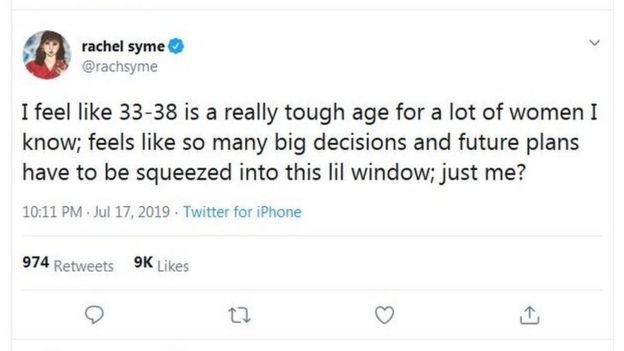 “I felt like somewhere in my youth, I decided that 36 was my ‘scary age’ but now it feels like I’m here and while things are coalescing both in good ways professionally and personally, it’s also in a scary way.”

She added that the people contacting her were “describing how they were ‘going through the swerve’ so that’s what I’m now calling it”.

Rachel said she would look around and see her friends who were in the same age bracket all experiencing this “unspoken period of change” involving major life decisions.

Some were new moms, others were breaking up with their long-term partners and others were moving across the country.

“I feel like nobody talks to you about what it’s like to be this age. We have the youth; spunk, energy, beauty, and there are so many things people feel like they must do – but where are the conversations about all of the big decisions we need to make?” 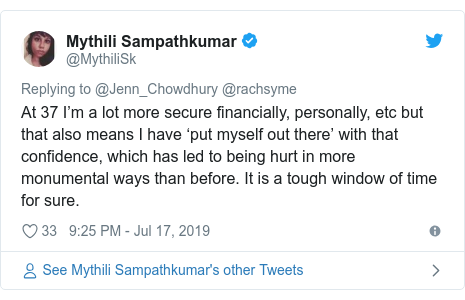 Although the New Yorker hoped her vulnerability on Twitter would be a “generative exercise”, she never expected it to spark such a global conversation.

“I read so many articles about people who live with their parents for longer than before, while we also know our generation has such little job security,” she said.

She added that people take longer to settle down, live longer, and have more choices. “Basically there is just so much going on.”

@TheKimClub responded on Twitter to say that Rachel’s initial tweet was “correct”, and described being in your 30s as “a mini-adolescence”. 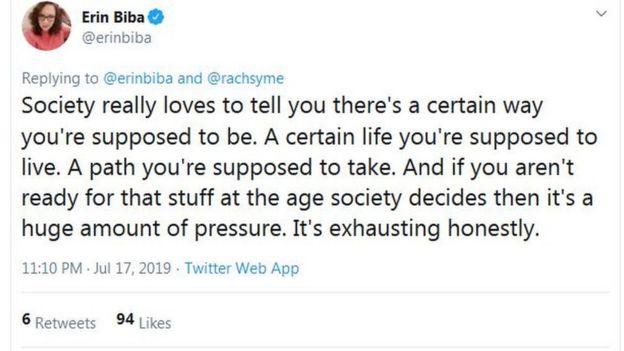 Erin Biba was among those who responded to Rachel’s tweet
The experiences people shared with Rachel were varied, with some feeling so passionate about this particular period in life they used strong language.

“I opened up my direct messages especially and a lot of people told me intimate things. I felt honored to be entrusted with their stories. About half of those who contacted me were not people who were already in my circles,” she said. 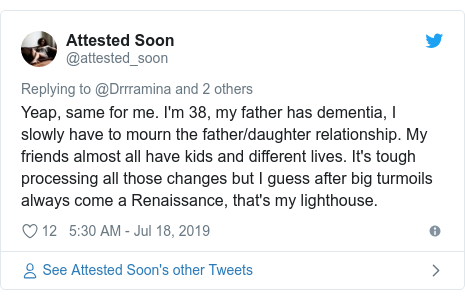 She said she has been trying to respond to everyone who contacted her or shared their story, but it has taken a significant amount of time to do this because of the attention her initial tweet received. 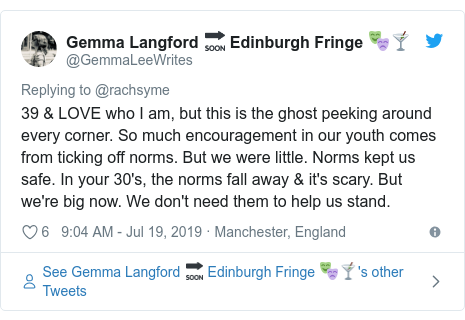 Use Relocation Astrology to Help Plan Your Pandemic Road Trip

But, women, it is not only in your 30s that you feel this touch. Men and people who identify themselves as non-binary have acknowledged the stage as one either they or their partners are going through.

Paul Busch thanked Rachel for her post and responded: “If men are reading, and listening, they can learn a lot about the women in their lives. I’ve been married for 40+ years and would have to admit I was oblivious as my wife went through this period. But I’ll ask my daughters about it – they are 33 and 36.”

Many commented that they felt exhausted, while others agreed that being in your 30s was a time in which they could do anything they wanted. 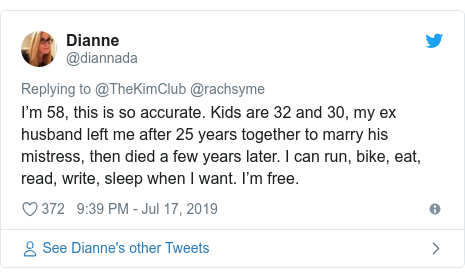 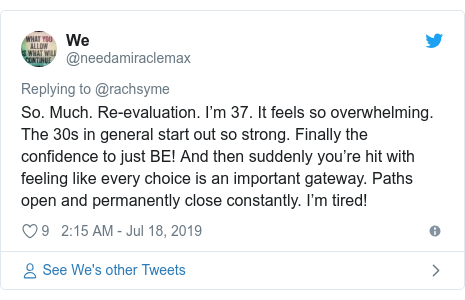 Heather Candon, who is 43, was one of those who responded to Rachel, tweeting: “For freak reasons I had to get my hips replaced right before my 35th birthday, which charted the course for the next few misadventures, including buying a motorcycle, moving to Spain to live and work (despite not speaking any Spanish), and a sexy French boyfriend in a seaside mansion.”

She told the BBC when she saw Rachel’s tweet, she felt moved to respond: “My life and career were so swiftly sidelined by a medical event right at the stage (33-38) that Rachel describes as a time period of being in your 30s when ‘so many big decisions and future plans have to be squeezed into this little window’.

“I welcome any opportunity for women to share the truth of our experiences; I believe the more we tell our individual stories, the more powerfully we can push back against the limiting myths that tell us what’s common/acceptable/appropriate for us.”

As Rachel says in one of the tweets closing her thread: “I have dozens and dozens of messages from women who’ve changed jobs, changed partners, frozen eggs, had kids, didn’t have kids, adopted, moved cities, cared for sick parents, completely started over.

Safely and Successfully Host a Socially-Distant Gathering This Summer

Safely and Successfully Host a Socially-Distant Gathering This Summer

Talking Honestly with Jen Hardy of LBLC the Label